What Questions Are Asked In a Child Custody Case?

Family court judges decide almost every issue affecting children by using the ‘best interests of the child’ test. This test is intended to place the child’s interests ahead of almost every other consideration placed before the judge. For example, if the best interests of the child are to live with grandparents while the parents are undergoing addiction treatment, the judge will remove the children from the home and place them with the grandparents.

Although every state uses the ‘best interests of the child’ test, different states apply the test differently. Moreover, the factors that go into the test may differ from state to state.

What questions are asked in a child custody case? Here are some of the most common factors considered, along with a few that courts probably cannot consider.

What Does the Child Want? 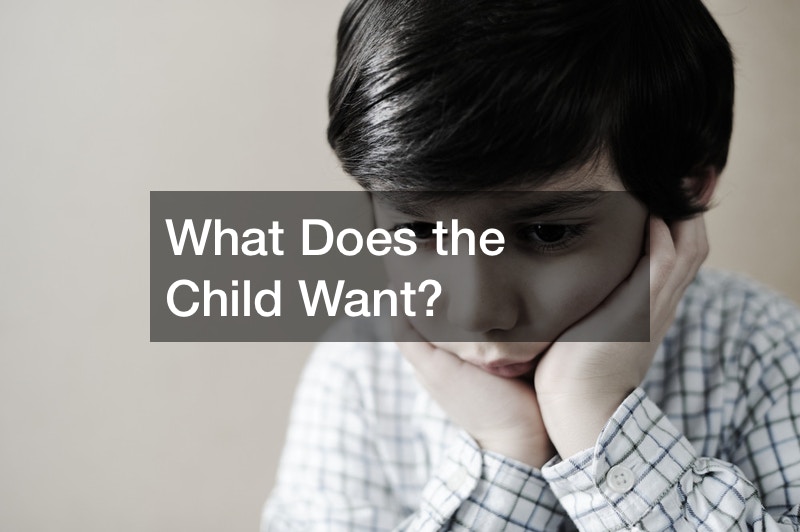 When considering what questions are asked in a child custody case, the child’s preferences may arise.

During a divorce or legal separation, you might think that the child’s preferences outweigh every other factor. But in most cases, this is just one factor among many. And if the child is too young — typically under 12 years old — the court will give the child’s desires very little weight.

For example, if both parents live away from their immediate families and must travel to visit during holidays, the judge might give weight to the child’s preferences in deciding which holidays the child spends with each parent. Thus, suppose the maternal grandparents have a big Independence Day trip every year that the child does not want to miss. The judge might consider the child’s preference to spend July 4th with the mother every year in exchange for spending another holiday with the father every year.

How Old Is the Child? 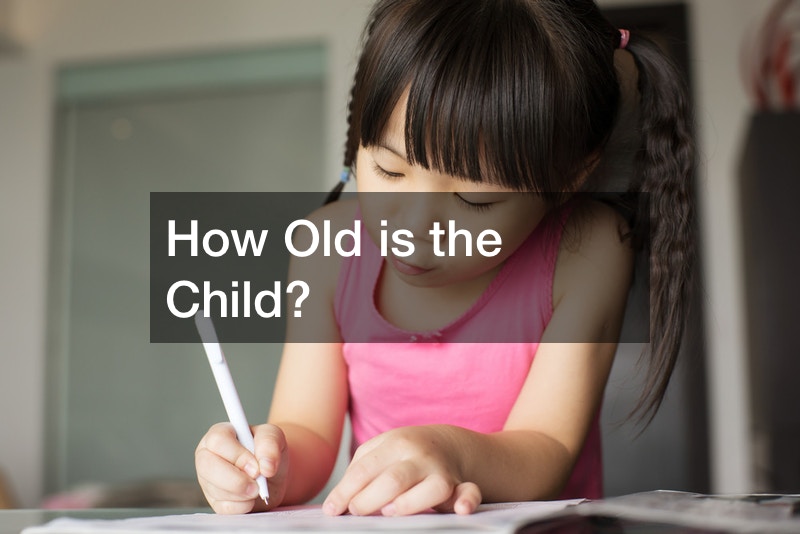 What questions are asked in a child custody case? ‘How old is the child?’ will be an important one, especially for young children.

Do the Parents Have Any Mental or Physical Problems?

The parents’ mental and physical health will be a factor in answering what questions are asked in a child custody case. If either parent has physical or mental limitations they might not be able to take care of the child.

The court can consider almost any health concern when factoring the parents’ health into a custody determination. For example, a judge could consider any history of mental illness, even mild mental illness or mental illness that is controlled by medication.

Importantly, a judge can consider any past or current substance use or abuse. Illegal drug use would weigh very heavily on a judge’s decision to award custody of a child. If one parent uses illegal drugs or has a history of illegal drug use, that parent would have an uphill battle to get physical custody of children.

Because the judge is tasked with protecting the best interests of the child, the use of legal substances, like alcohol or tobacco, could also play a role in a custody decision. If one parent smokes and the other one does not, a judge could weigh this factor in favor of the non-smoking parent.

Physical disabilities might also weigh against a parent. If a parent has a chronic problem, like rheumatoid arthritis or multiple sclerosis, that prevents the parent from keeping up with the children physically, the judge might take that into account. Similarly, if the parent might suffer a health incident, such as an epileptic seizure, that compromises the parent’s ability to care for the children, that might weigh against physical custody.

What Kind of Home Environment Can Each Parent Provide?

When reviewing what questions are asked in a child custody case, this one is one of the broadest and least defined factors. A judge can consider almost anything under this factor in weighing it for or against a parent. This allows a divorce lawyer a lot of latitudes to present facts in this category that might not fit into another category.

What is Each Parent’s Ability and Interest in Raising the Child? 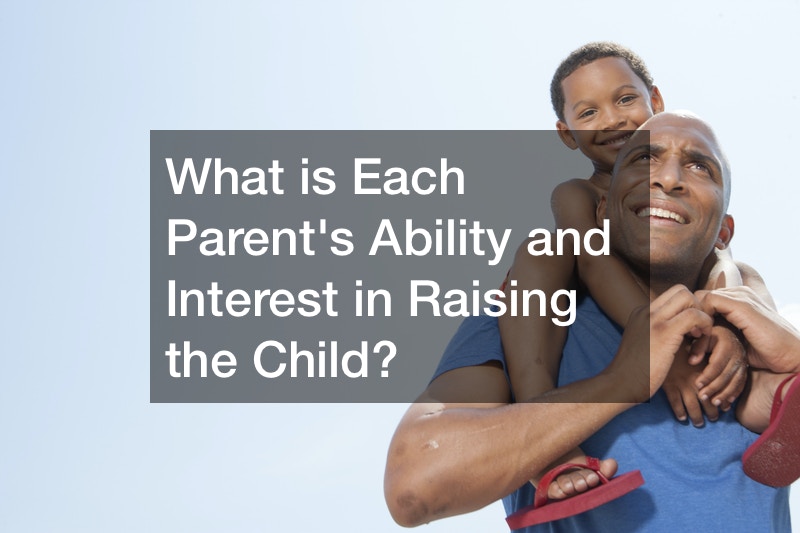 When considering what questions are asked in a child custody case, you must also consider each parent’s interest and ability to raise the children. This factor considers both the finances and the parental involvement of each parent. These factors might support each other, or they might cancel each other out.

On the other hand, if one parent has taken the child to all their football games and orthodontist appointments, that parent’s involvement might have greater weight than the other parent’s financial advantage. This is especially true since a judge will order child support so that the child’s football uniform and braces are paid for regardless of who has custody of the child.

Does the Child Have Special Needs?

Also, under federal law, a judge usually must order the parent who is normally responsible for providing health insurance for the child to continue to do so after the custody determination is made. For example, if one parent’s employer-based health plan covers the child, that parent will probably need to continue to include the child on the parent’s health plan.

Are There Any Other Members of the Household with Existing Relationships with the Child?

Providing continuity for the child is one of the key elements when a judge considers what questions are asked in a child custody case. A judge usually wants to understand if there are grandparents, aunts, uncles, step-siblings, or other relatives in the household who provides a valuable relationship for the child.

This can also cut the opposite way as well. If the child’s step-sibling has bullied the child and does not create a healthy environment for the child, a judge might want to hear about that. While a judge might not consider it dispositive, it might weigh against placing the child in the same household with the bully.

Is There Any History of Abuse or Neglect?

Speaking of dispositive factors, a parent who abused or neglected the child in the past will have a very heavy weight against them in a custody determination. A judge will consider this factor more than any others since it goes directly to the child’s safety.

Some of this may be accounted for in other factors. For example, if a parent is an alcoholic and has a history of verbally abusing the children, a judge may have heard about it when examining the parents’ emotional, mental, and physical fitness. But if a parent has been convicted of sexually abusing the child, or even sexually abusing other children, the judge might only hear about it when asking about a history of abuse or neglect. Such a fact might be dispositive since a judge would put the brakes on having a child live with an abuser.

Are There Any Other Facts Relevant to the Decision? 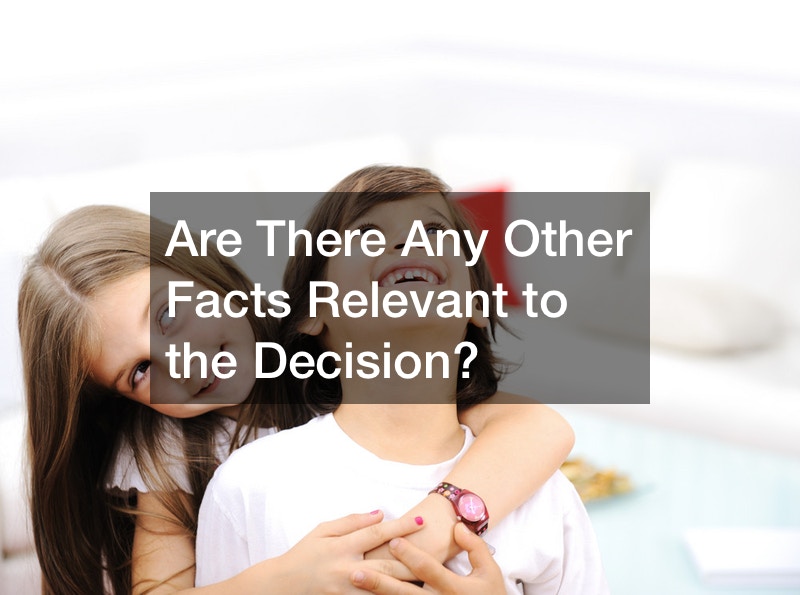 Almost every state includes a catch-all for judges to determine what questions are asked in a child custody case. This allows the judge to hear about any other factor, not previously examined, that might affect the judge’s decision. Some examples might include:

These factors differ a bit depending on the state, but many courts agree they cannot consider a parent’s:

Some states prohibit considering sexual orientation. Other than for nursing children, many states prohibit bias against fathers. States allow consideration of religion, but only for providing religious continuity for the child.

What questions are asked in a child custody case will vary depending on the judge. But you should assume the judge will ask about everything relevant to the child’s best interests.