How Much Money Can You Make as a Bail Bondsman?

Many college students are majoring in criminal justice and looking for jobs right out of college. This can be difficult at times considering how competitive the criminal justice job market is. But have you considered becoming a bail bondsman? Let’s take a look at how much a typical bail bondsman can make.

The more bonds you write, the more you’ll get paid.

For example, if you write a few bonds a month, it doesn’t take a terrible amount of time or effort, and you’ll still make decent money. Now, if you are looking to write 20 or 30 bonds a month, that will take a lot more time and effort on your end, but you will be fairly compensated for it.

Being a bail bondsman is all about what you put into it, whether that’s a lot or little. The more effort you put into your work, the more compensation you will receive. 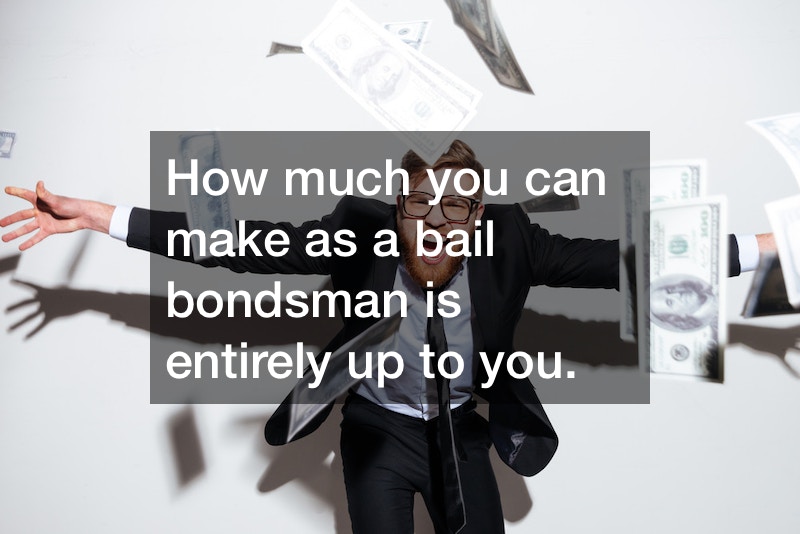